The Golden Goddess Blessings are three special gems that are used in crafting. They are made with Potent Light Essence and the Secondary Golden Goddess Spells: Nayru's Ward, Farore's Gale, and Din's Fireball. They can only be crafted at the Terminan Forge, Skyforge and Aetherium Forge respectively, unless the player has corresponding Triforce Pieces, in which case they are crafted at the Ancient Enchanter.

The blessings can also be obtained from their respective Golden Goddess Shrine using Light Essence.

The Triforce of Wisdom or Triforce of Knowledge can be used instead of Nayru's Ward to craft Nayru's Blessing. It also eliminates the need to be at the Terminan Forge for the task, instead being possible at the Ancient Enchanter or Nayru's Shrine.

Farore's Blessing is a special gem that can be crafted at the Skyforge. It requires that the player knows Farore's Gale and has one Potent Light Essence on hand. Farore's Blessing is used to fully awaken the Master Sword or Four Sword, Enhance the Hero's Crossbow, forge the Golden Sword, or convert Magic Containers and Heart Containers into Respite Containers.

The Triforce of Courage or Triforce of Emotion can be used instead of Farore's Gale to craft Farore's Blessing. It also eliminates the need to be at the Skyforge for the task, instead being possible at the Ancient Enchanter or Farore's Shrine.

Din's Blessing can be crafted at the Aetherium Forge . It requires that the user know Din's Fireball and has one Potent Light Essence in their inventory. Din's Blessing is used to to fully awaken the Master Sword and Four Sword, and to convert Magic Containers or Respite Containers into Heart Containers.

The Triforce of Power of or Triforce of Willpower can be used instead of Din's Fireball to craft Din's Blessing. It also eliminates the need to be at the Aetherium Forge for the task, instead being possible at the Ancient Enchanter or Din's Shrine.

The Golden Goddess Blessings were added to Relics of Hyrule in version 3.1 following an overhaul of the Master Sword recipes. The Blessings were originally intended to be magic effects, but a lack of experience on JKalenad's part prevented such an approach.

In version 6.5.21, the Blessings were redesigned to have unique appearances that feature the symbols of the Golden Goddesses. The gems also feature Hylian text.

The Golden Goddess Blessings are partially based on the Pendants of Virtue in A Link to the Past and A Link Between Worlds.

The Blessings are exclusive to certain forges to reflect the virtues and natures of the Golden Goddesses. The Aetherium Forge functions as a forge of Power, being situated in a lava pool and designed to work with dangerously potent material. The Aetherium Forge also reflects Din's element of fire. The Skyforge functions as a forge of Courage, given its association with the Companions. Farore's association with the wind and sky is also reflected by the forge. Finally, the Terminan Forge functions as a forge of Wisdom, as it is the only place that can be used to craft myriad items related to Hyrule's history. Nayru's element of water is reflected by the forge's location, a rough center-point between the Karth River, White River, Lake Ilinalta, and the River Hjaal. 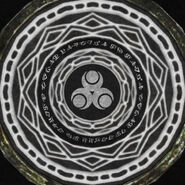 Base Texture of Nayru's Blessing 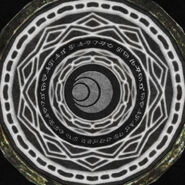 Base Texture of Farore's Blessing 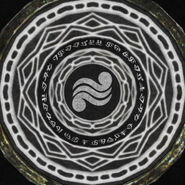 Base Texture of Din's Blessing
Add a photo to this gallery

Din's Blessing before 6.5.21
Add a photo to this gallery

Retrieved from "https://relics-of-hyrule.fandom.com/wiki/Golden_Goddess_Blessings?oldid=7273"
Community content is available under CC-BY-SA unless otherwise noted.